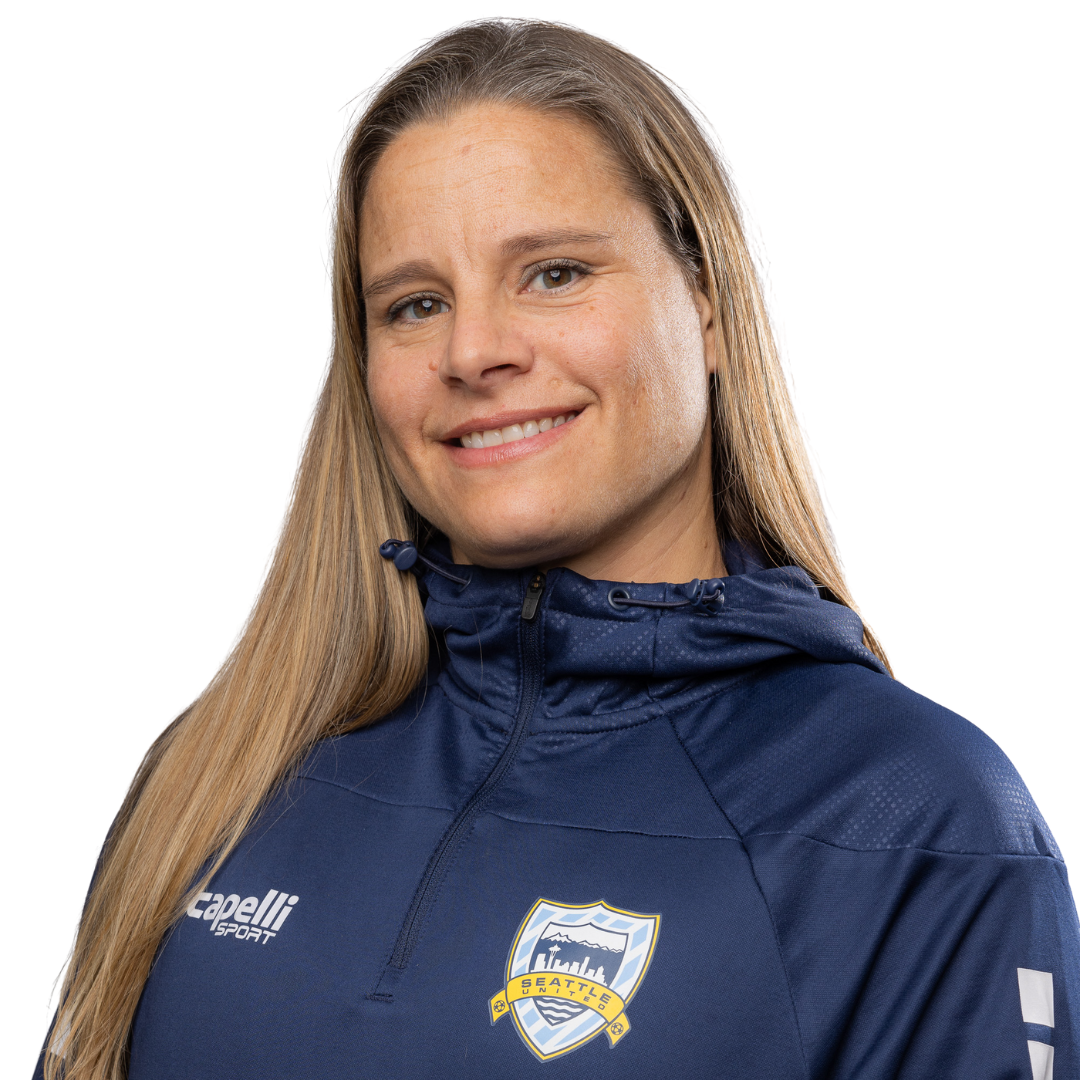 Brooke grew up on Army bases all over the country, but calls TX home.  Having 3 brothers (2 older, 1 younger) and a mother who ran track and a father who was a standout basketball and baseball player from Aberdeen, WA (he still holds records there), Brooke was destined to be an athlete.  She picked up soccer at the age of 4 because her older brothers were doing it.  Being the only girl on a boys team until she was 10 helped develop her into a strong goal scorer and having natural speed she became a powerhouse forward when her family was transferred to MD.  This being the first time Brooke played with girls, she was moved up 2 years to be challenged.  She fell in love with all sports during this time, competing in track, tennis, basketball, softball, and more soccer.  Upon returning to San Antonio, TX, Brooke continued to play multiple sports and didn’t begin to focus purely on soccer until she was a Sophomore in HS.  By then she was getting many opportunities to play college soccer.

She graduated HS early in Dec 1997 and opted to stay in San Antonio and attended The University of the Incarnate Word after her mother passed away 2 weeks after graduation.  She loved EVERY bit of her college experience and began coaching at summer camps and knew this is what she wanted to do.  She took on a HS coaching position her senior year at Antonian Prep and was completely hooked.  Brooke began teaching at St Anthony’s Catholic school for 5th-8th grade and coaching in the evenings for her youth club (XLR8, now Classics Elite).  She was shortly after head hunted to coach college at Columbus State University in GA after a coach she had in ODP recommended her for the position.  She met her husband, Richard, at a Tampa University summer camp where they were both coaches (Richard was residing in Houston, TX at the time).  Since moving to WA Brooke has coached for Emerald City FC, Eastside FC, Crossfire FC and has been at Seattle United since 2017.  Brooke not only does coaching for SU, but also is the Elite Clubs National League Administrator, coordinating all of the travel and logistics for the boys & girls 20 teams that compete in the ECNL and ECNL Regional League.

Brooke holds the USSF “A” License, National Youth License and NSCAA GK I & II License.  Brooke has won many local tournaments with her nearly 20+ years of coaching in WA.  Brooke has numerous state cup championships and regional tournaments under her coaching resume.  Along with coaching club soccer, Brooke has also held a volunteer coaching position at Seattle Pacific University and prior to relocating to WA state, Brooke was the Assistant Coach at Columbus State University in GA.  Prior to coaching college and club soccer, Brooke enjoyed coaching HS soccer in TX and upon moving to WA being an assistant coach at Ballard HS.

Brooke is married to Richard Reece and they have 2 daughters Jazzy and Charlie and reside in Woodinville.  She enjoys family game nights.  Brooke also loves animals and has 3 dogs (Gypsy-min. schnauzer, Lola- labradoodle, and Bear- golden retriever), as well as 1 cat (Scout- Russian blue).  While she enjoys supporting Manchester United she truly enjoys watching all EPL games. NFL football can be found playing on the tv especially when the Seahawks are on.